Our brains are simply amazing.  No, they are AMAZING.

When you start to study brain science, it is easy to get dismayed, flummoxed and put off with all of the technical terms like the left dorsolateral prefrontal cortex or Wernicke's area or the Cerebellum and so on. So I thought I would give you a small taste of Neuroscience 101 to help you get a better handle on your brain and understand, even if only roughly, how it works, no matter who you are, king or pauper. Why? Because, quite frankly, those who do will be at an advantage over those who do not.

At this point in human evolution, the study of the brain is now ‘table stakes’. Let me make it easy for you. Don’t give up, take it one step at a time, there is always more detail you can add to your understanding of the map of the brain as you go along. The important thing is to start and gently build up your understanding. OK?  Good.

So, let’s get started.

Getting to know your brain

The brain in your skull has two halves or hemispheres connected together by a big cable. This big cable is called the Corpus Callosum.

Each hemisphere is made up of four distinct parts called lobes. Look at the picture. 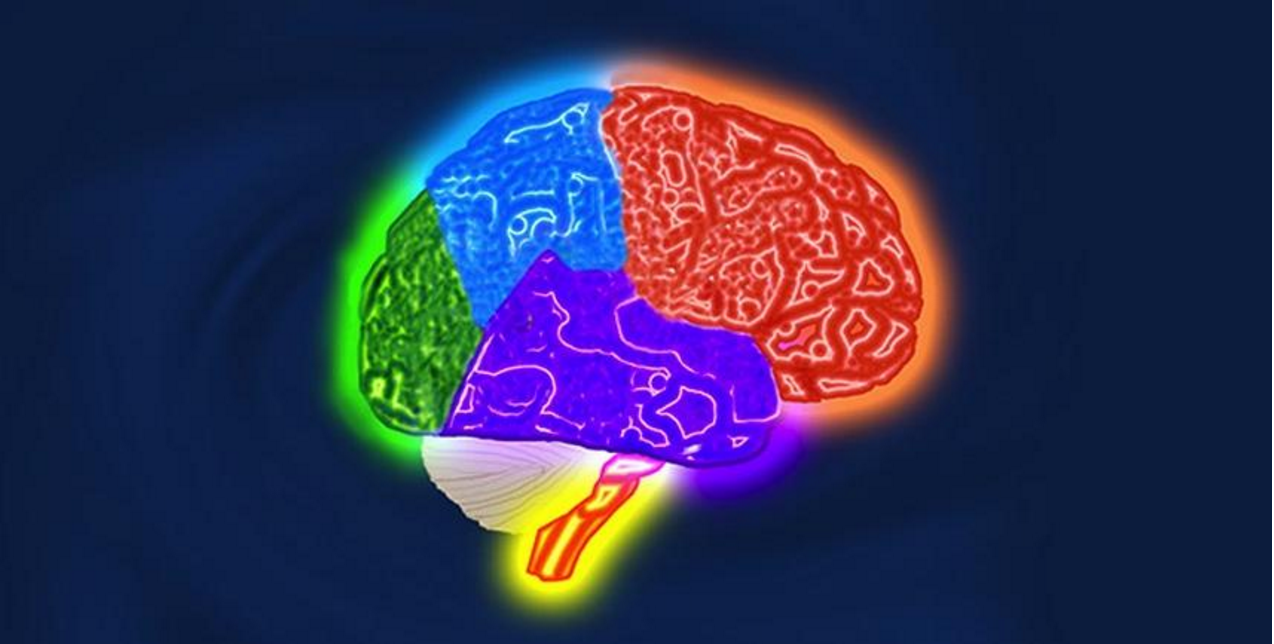 The Purple lobe is the Temporal Lobe. This is where you hear things. Sounds and words get decoded in your Temporal Lobes. Think ‘tempo’ and you will hear the beat.

Look at the picture again. The green blob at the back of your brain is the Occipital Lobe, also called the Visual Cortex.  The Occipital Lobe is where you see things.  You might ask yourself “why is the Occipital Lobe all the way at the back of the brain, why isn’t it right next to the eyes?” This is a good question.  It turns out that seeing and recognizing things is very difficult. Identifying an object, distinguishing it from the surrounding images and placing it in its social context requires a lot of neural processing and requires the help of the other lobes to get the job done.

If you watch the BBC program “Dr. Who”, you will immediately realize that you and I live inside a Tardis. A Tardis is a vehicle that is bigger on the inside than on the outside.  Let’s face it, your brain is only about 3 pounds of meat and sits inside a fairly small skull, yet the experience of living inside this Tardis allows you and I to see, hear, feel, smell, taste, touch and explore the whole infinity of the universe.  That’s WAY BIGGER on the inside than on the outside. In fact, we are nowhere near understanding how BIG big can be when we think of the brain. We are just beginning to glimpse at the possibilities.

We focus on the “neuroplastic” properties of our brains. If this term is new to you, in brief, Neuroplasticity is the remarkable ability that the brain has to ‘rewire’ itself.

Your brain can rewire itself A LOT. Rapidly. That means, in simple terms, you are not stuck.

You see, up until fairly recently, the Scientific Consensus was that our brains were fixed entities like machines. Brains were thought to peak in power and flexibility at about the age of 22 and after that it’s downhill all the way. Basically, after 22, you were doomed to look forward to a slow, painful, helpless, demoralizing, inevitable slide to dotage whether you like it or not. This is often called the “Three Score Year and Ten” model.

In other words, according to this old model, “You were DOOMED for the rest of your LIFE!” What a horrible way to look at life!  And it’s not even true!  Not at all.  It turns out that you and I are wearing a self-rewiring living computer called a brain. How cool is that?  Excited yet?  Good!

Neuroplasticity is a very important and fairly new idea to the general public.  It refers to the ability of our brains to reorganize themselves by forming new neural connections and disconnections throughout life.

Surprisingly, the science of Neuroplasticity is not new.  For example, in the 1700s, Italian anatomist Vicenzo Malacarne described experiments in which he trained one of a pair of identical animals extensively for years, and then dissected both of them.  He discovered that the cerebellums of the trained animals were substantially larger due to the extensive training.

Tragically, these findings were soon forgotten, until the 1970s when neuroscientific research showed that many aspects of the brain remain changeable or "plastic" into adulthood and old age.  This notion contrasted with the previous scientific consensus that the brain develops during a critical period in early childhood, then remains relatively unchangeable and stuck thereafter.

Thanks to the vast amount of scientific research and clinical studies that were initiated by this resurgence in popularity of the science of Neuroplasticity, we now know with absolute certainty that the brain is not stuck, and that means YOU are not stuck.

How does the brain actually reprogram itself?

In brief, every moment of our lives, our brain’s neurons are constantly making new connections, strengthening old connections or weakening existing connections.

The pattern of firing of our neurons gives us our experience of the world.  The brain is purposeful and seeks to save energy and time, an essential survival skill learned well before Neolithic times and honed by evolution.  Unfortunately, this economy comes at a price and the brain can run unhelpful behaviour patterns for many years on ‘automatic’, something we have all experienced with difficult hard to break bad habits.

When you reprogram your brain, you interrupt the autonomic neuronal patterns that are no longer relevant to your life today, and you set up new connections and patterns to provide the successful results you are looking for.

The brain loves to solve problems and achieve goals.  Once a difficult problem has been solved, the brain releases highly pleasurable endorphins, which encourages the brain to repeat the behaviour, strengthen the new connections and weaken the less useful old ones until they disconnect altogether from lack of use.

Of course we are only just barely scratching the surface here but I wanted to give you a starting point to ponder the possibilities that this brave new world of Neuroplasticity have opened up to us in the past decade or so, and to use this information to begin to reprogram your own brain to think, act and feel better.

Would you like to learn a very simple neuroplastic brain reprogramming technique to help you get started? It’s called The Eye Roll. You can watch my friend and colleague Professor Steve Enders explaining the Eye-Roll to a colleague (watch it here) and then practice it yourself.

Some people get an immediate response when they do this exercise. They immediately hear or sense someone saying “Hello” back to them. For others, it takes a little longer to get an identifiable signal.

Regardless, the important thing is to start a conversation or a relationship with that magnificent instrument that is creating your experience of living right now, this very moment.

Now, as you get ready to go to bed tonight, just recall reading this material or watching Steve’s video or seeing the picture of the brain above and practice the Eye Roll technique. Just start to wonder about some of the ideas you have read here so that when your head hits the pillow, it will be a signal to your brain to start the process of rewiring itself.

In the morning, and I am sure this has happened to you many times in the past, don’t be too surprised if your brain astounds you with some interesting, useful and valuable insights that you can use right away. When you notice these insights, thank your brain, actually say “Thank you” to your brain. This will produce a flood of endorphins that will reinforce this beneficial pattern.  Enjoy them.

There is much more for you to learn about your brain but you have now taken a big step. You have learned how to communicate directly with your brain, which of course, is YOU.

If the idea of substantially and permanently improving the way you think, act and feel excites you, please send me a quick message and I will respond within the next 24 business hours.

NO PRESSURE.  NO OBLIGATION.  PROMISE.